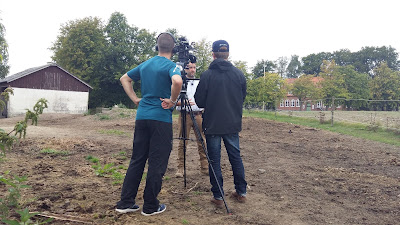 Recently our group published a paper on novel tool-use mode in animals together with Auguste von Bayern from Max Planck Institute for Ornithology/University of Oxford.

Busy with another study, lead author Ivo Jacobs noticed a unique behaviour in a group of captive New Caledonian crows; he saw how one individual slipped a wooden stick into a metal nut and flew off, carrying away both the tool and the object. This and five successive occasion of tool transport resulted in the paper: "A novel tool-use mode in animals: New Caledonian crows insert tools to transport objects", published in Animal Cognition last week.

New Caledonian crows (Corvus moneduloides) rely heavily on a range of tools to extract prey. They manufacture novel tools, save tools for later use, and have morphological features that facilitate tool use. We report six observations, in two individuals, of a novel tool-use mode not previously reported in non-human animals. Insert-and-transport tool use involves inserting a stick into an object and then moving away, thereby transporting both object and tool. All transported objects were non-food objects. One subject used a stick to transport an object that was too large to be handled by beak, which suggests the tool facilitated object control. The function in the other cases is unclear but seems to be an expression of play or exploration. Further studies should investigate whether it is adaptive in the wild and to what extent crows can flexibly apply the behaviour in experimental settings when purposive transportation of objects is advantageous. 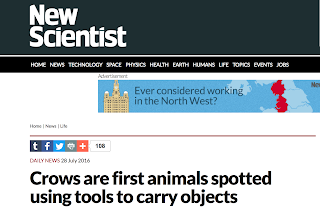 A few days ago, New Scientist picked up the news and published a nice article. 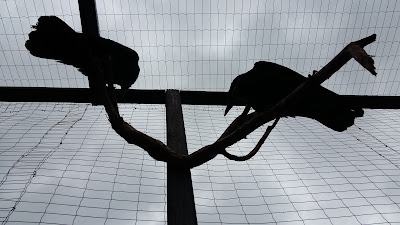 Summer is low season for research at our station, due to breeding followed by moulting and human holidays. Usually we seize the opportunity to do some maintanance or improvements of the aviaries. Siden and Juno didn't try for a second brood of chicks, so today I put up some new branches in their aviary. 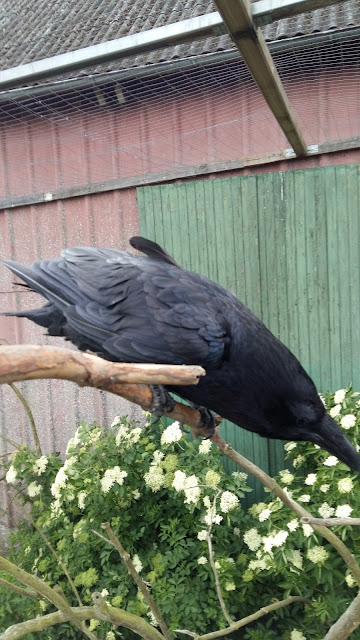 Apart from being extremely curious, Siden and Juno are also very calm when it comes to visitors and doing stuff in their aviary, so instead of watching from a distance they are eager helpers. 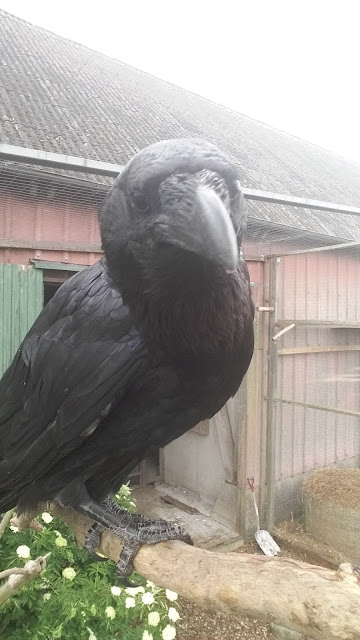 Meaning sitting on the branches at the same time as I try to attach them from my ladder. Of course this makes it at bit more of a challange...but when you think of it - how many can boast about selfies with a raven four metres up in the air? 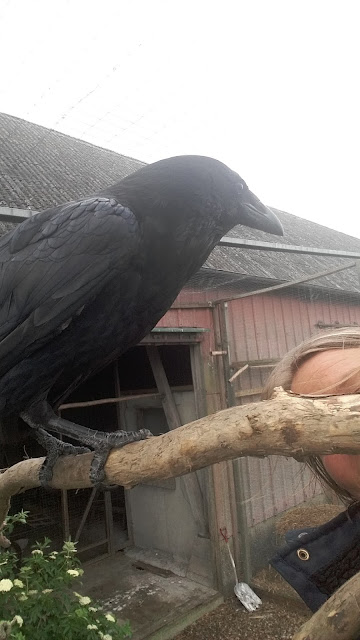 But even if the new perches are fun, they cannot beat my winterjacket - all ravens' favourite - with loads of pockets to be turned inside out. No attention paid to the fact that the one wearing it is clinging to a ladder with all hands and arms busy. 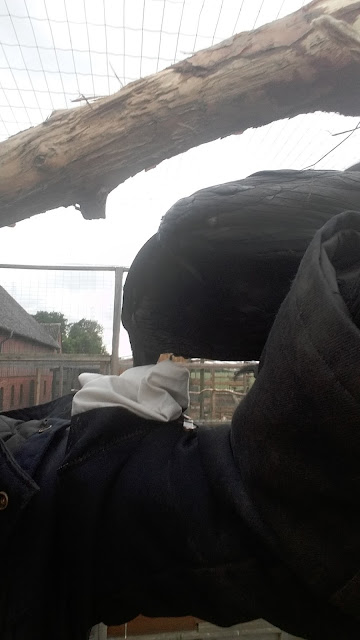 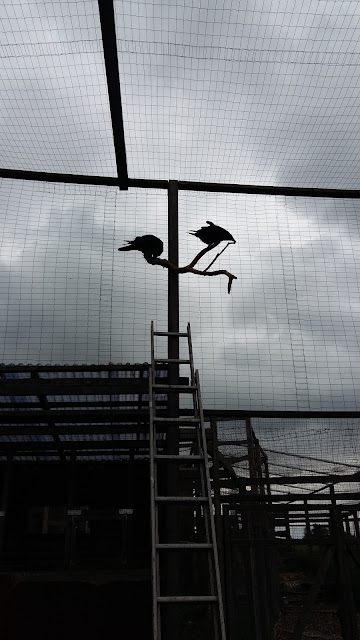 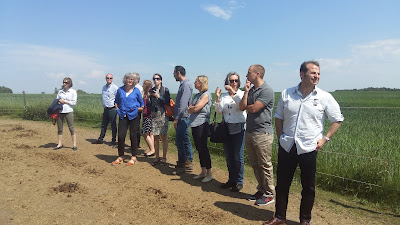 Today the faculty board (Humanities and Theology) visited the station. The schedule was tight, but we managed a presentation of the station and our research, a chat with the ravens and a nice lunch provided by the visitors! 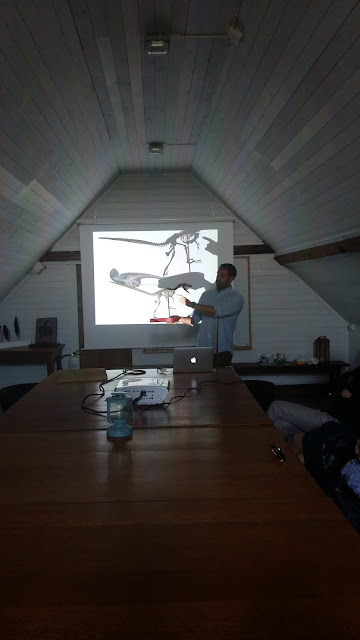 The chicks are now around 5 weeks old and I try to get them on film, despite their suspicious mother. This is what they look like most of the time, when the weather is sunny - regulating the heat with open beaks. But in a week or so we expect them to start taking little walks outside the nest, exploring their surroundings before it is time to fledge.

Our recent study on corvid cognition has recieved much attention from media during the last few days. Watch the interview with Can Kabadayi, PhD-student and one of the lead authors from our group: 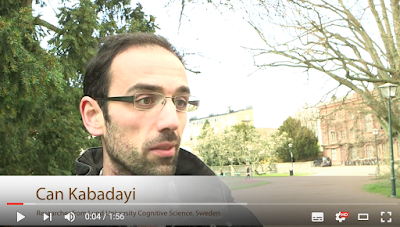 A  nice summary of the study can be found at Huffington post.