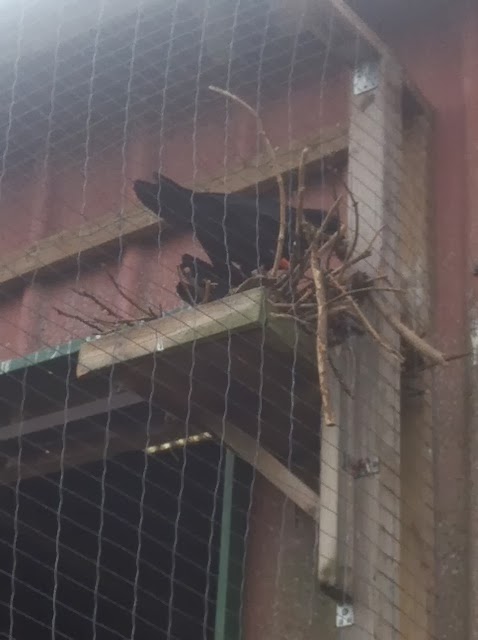 The winter in southern Sweden has been unusually mild, and the last week has been nicely spring-like. Siden and Juno has already courted each other for a few weeks, and we have them separated from the rest of group in one of the aviaries.
When we came home from Bavaria last week they started on their nest - same spot as last year- but it took them several days to find the perfekt starting-twigs. They tried out at least 40-50 twigs before the base of nest finally started to form. 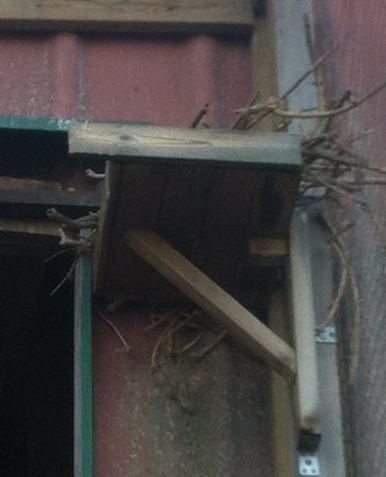 Last year they didn't start building until mid March, and on March 13th it looked like this!