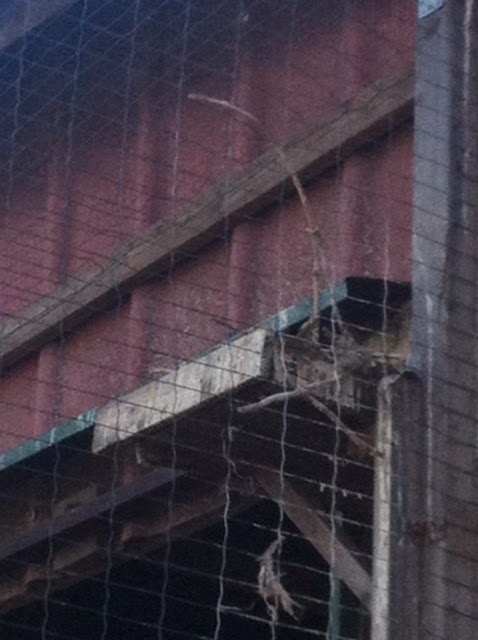 In the end, the number of nestlings turned out to be four, and after weeks and weeks of feeding them in the nest it was finally time to fledge! 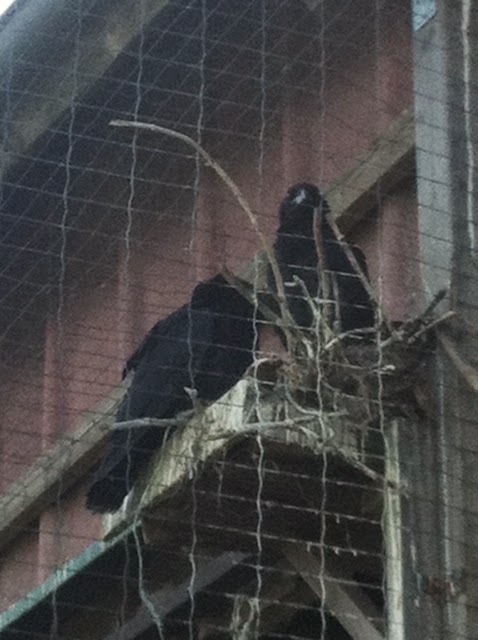 The first chick, presumably a female, fledged on May 15th and the second chick, which we think is a male, one day later.The last two nestlings seemed almost surprised, watching the comotion on the ground from above. But two days later, on May 18th,  they decided it was time to go.
After the incident last year when the unexperienced parents pulled out several tail feathers when trying to drag the first fledglings back to the nest, we feared that something similar would happen this year. But although a bit distressed when the chicks are too spread out in the aviary, Siden seems to have learnt from last year. Still, he sometimes tries to drag or pull his young to areas he consider"safe" - but all feathers are intact.


When Siden has a say, all four chicks sits safely in the dead old elder tree, which serves as a perfect playpen to new-fledged ravens. 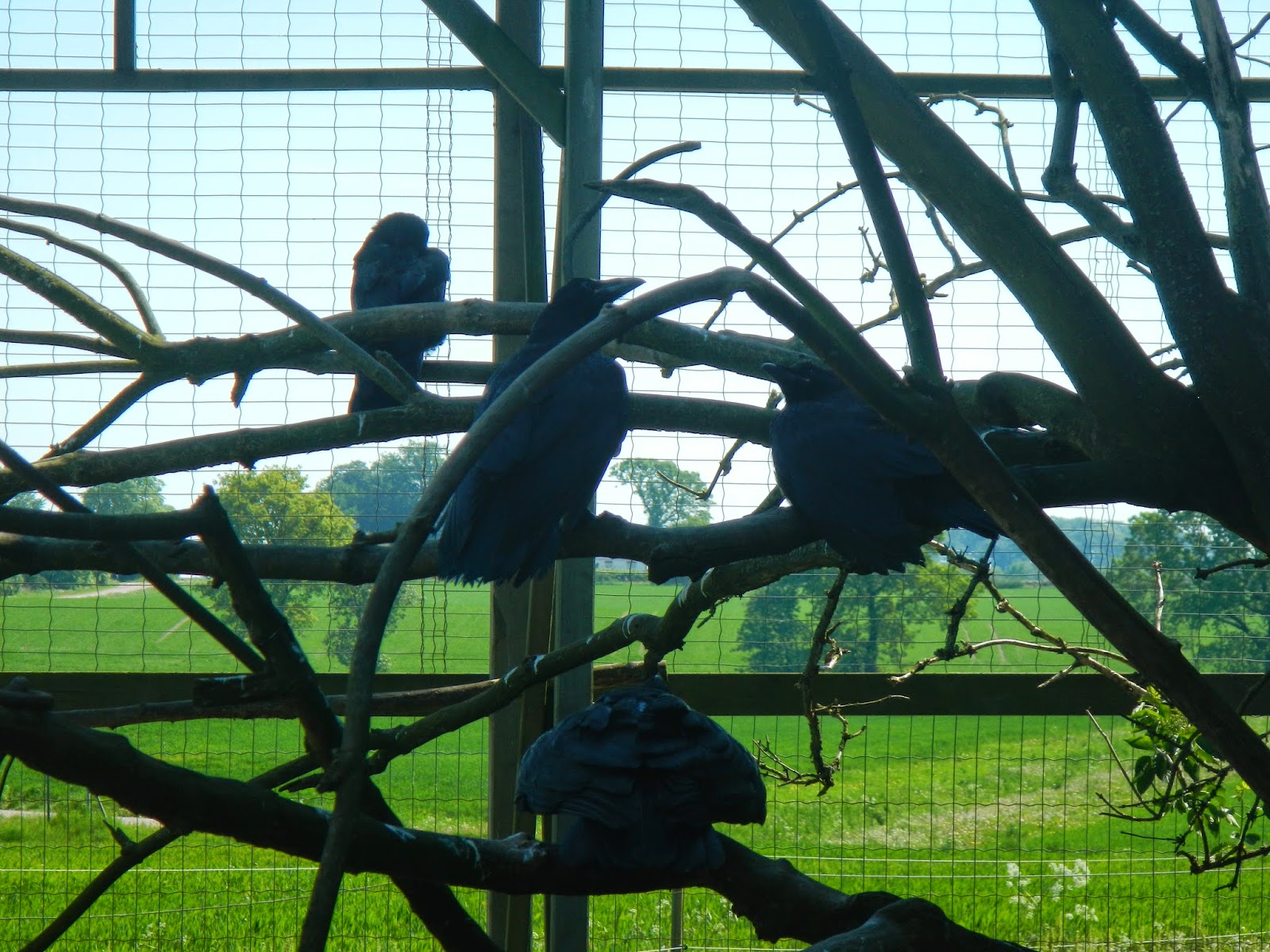