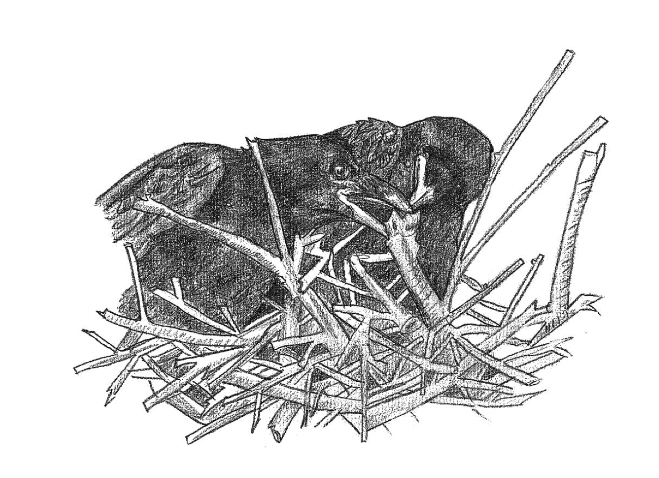 In May's issue of Animal Behaviour and Cognition, we have contributed with no less than two papers - both on raven play.

"An exploration of Play Behaviours in Raven Nestlings" (Osvath, Osvath & Båth) is study of the nestlings from last year, where we analyzed almost 20 hours of nest activity - discovering that the chicks actually spent equal or more time playing in the nest than on maintenance behaviors and flight training.

"Sub-adult Ravens Sunchronize their play: A Case of Emotional Contagion" (Osvath & Sima) is a study on the sub-adult ravens which explored instances of contagious behaviors within the play domain.The results indicate emotional contagion: the birds engaged in all categories of play on a higher level under the condition where contagion was likely to occur. This type of contagion is thought of as a key phenomena in the development of advanced social cognition in humans. This is the first time ever it has been shown in birds.