Since we have some "unused" space between the two aviaries, we decided to build a third aviary to improve the flexibility of the complex, and - most importantly - increase the ravens' living area.

The problem was, that we had several studies going on before Christmas that needed to be finished, before we could start building. Juggling around with five metre long posts and big rolls of metal mesh could easily scare the ravens and interfere with the experimenting. So we waited as long as possible and settled on four days just before Christmas, which would give the ravens several weeks to calm down before Ivo, Can and Russ would be back to continue their studies.

The weather turned out to be extremely bad those days - a lot of rain and hard wind - but we were determined!

The constant rain was troublesome in several ways. When digging the hole for the concrete fundaments, some of them almost immideately filled with water, and the ground got extremely muddy and slippery.

Spreading lots of straw on the ground helped a little, and also made it look a litte less dull. 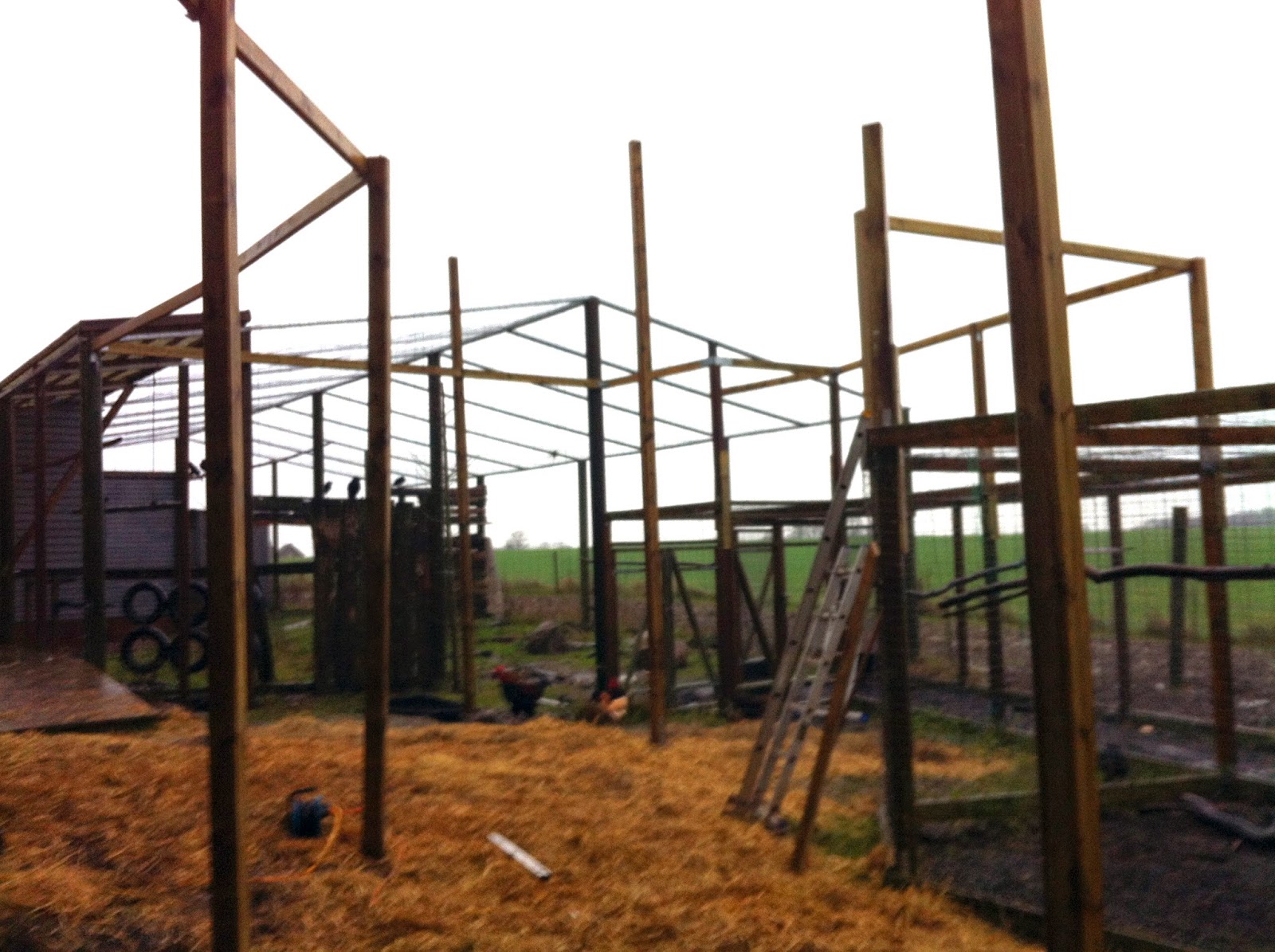 Since the ground was soft from all the rain, the fundaments tended to move when we leaned ladders against the posts, so every ladder had to be counterbalanced with another ladder on the other side of the post.
But it all went surprisingly well despite the weather and the shortage of time. We knew that we had to finish all the basic construction - especially the roof - before everybody left for christmas, otherwise it wouldn't be possible for me and Mathias to finish the rest of it by ourselves.

In the end, hard work and good spirits turned out to be enough, and we almost finished the roof before everybody left, and then the two of us had some extra days to work on walls, doors and interior material.

Another positive thing was the the ravens were much less effected by the building than we had anticipated. It might have helped that it was familiar people who carried around long items, hammered and drilled, but nevertheless we were greatly surprised. And it didn't take long for them to dare to check out the new place and start to play - testing the new braches and digging in the ground. However, before we can start to use it, we need to get permit from "Jordbruksverket", but hopefully that will not take long.

Thanks again Ivo, Can and Russ!