Rickard and None has been an item just as long as Siden and Juno. Right from the beginning, that is. Their relationship has been somewhat more immature, though - maybe due to the fact that they have been the subordinate couple with no territory of their own. Last year, they made no attempt to build a nest, and this year was no exception. Until last week! As they are now the top birds of their group, they control the aviary, which might trigger their breedning behavior. Together with the fact that they turn 4 this spring. Siden and Juno have been breeding successfully since they were 2, which is exceptionally early. Normally, ravens start breeding between 2 and 7 years.
This is nothing we have planned for, and even if they don't succeed this first try, it might cause some unwanted aggression towards the three other young ravens in the group. We have to monitor them closely, and be quick to separate them into two groups, should there be too much tension. However, it is always more tricky to mix two groups after separation since they have to re-establish the hierarchy once they are together again.

One can tell that expericence counts, as thir nest is not as stable and well-knitted as the third-time-breeders' next door. 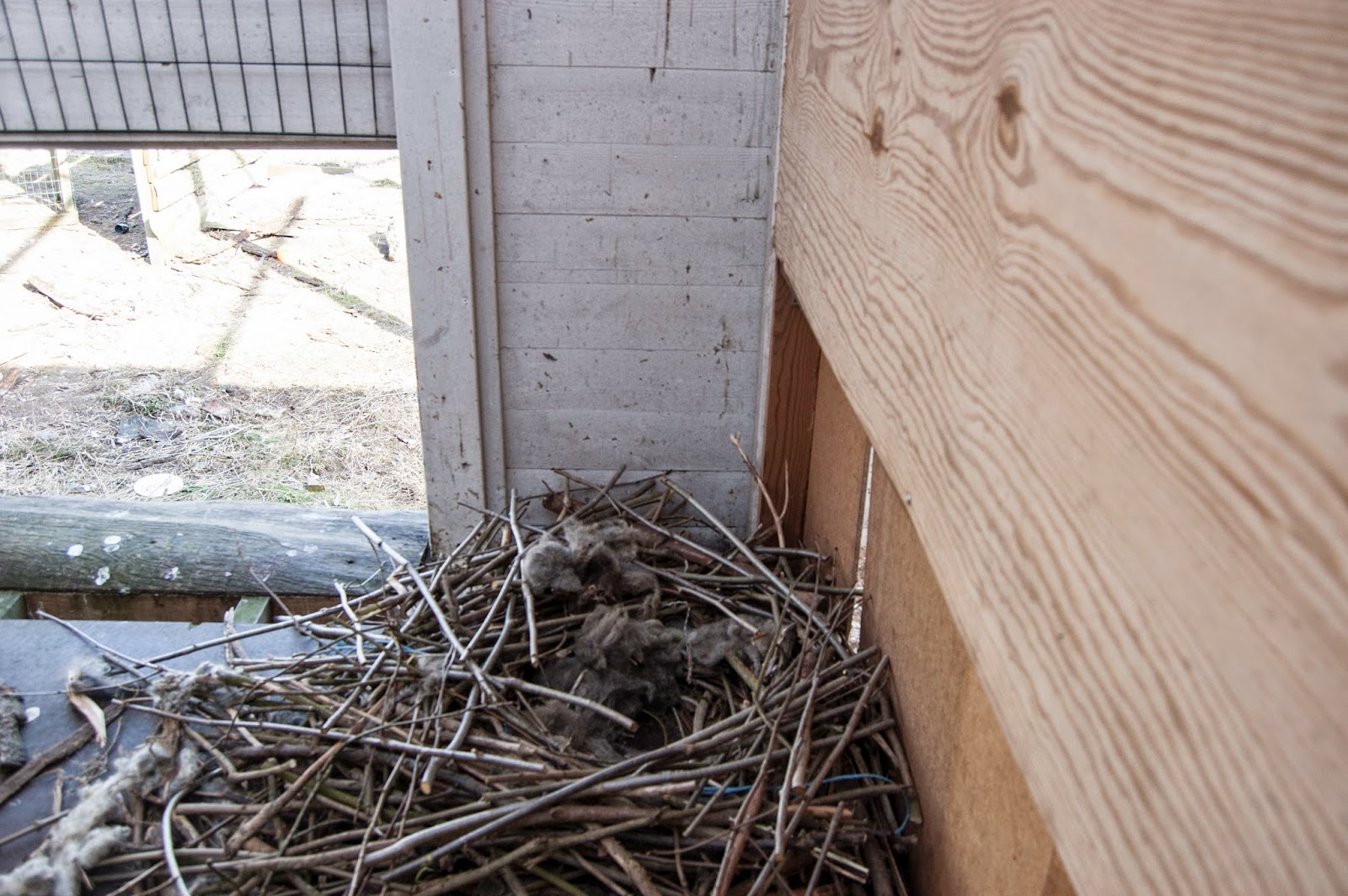 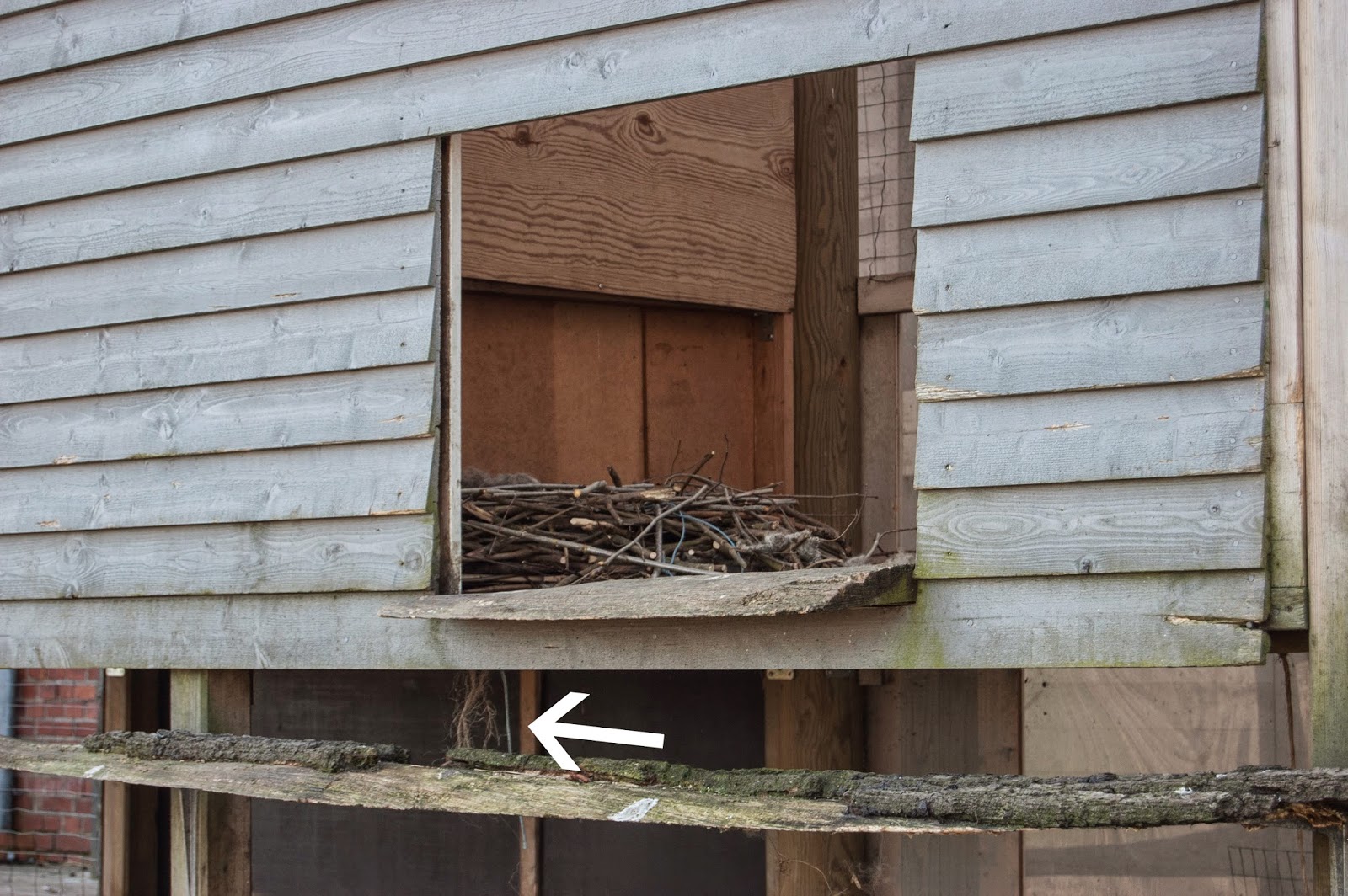 When I came out this morning, None was in the nest but did come down to feed. I managed to get a look in the nest, and there is not yet any eggs. I have not seen them mate either, and there are lots of parametres to get right if to succeed, so we will just have to see what happens.