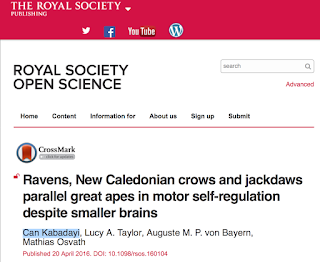 The results showed that the performance of the crow birds was indistinguishable from that of great apes despite the much smaller brains, and that both absolute and relative brain volume to be a reliable predictor of performance within Aves.
Upplagd av Corvidologist kl. 14:02