I guess fledging is not that dramatic when you can easily climb back to your nest again. Nevertheless, yesterday (May 22nd) two of Rickard and None's chicks fledged and spent their first night out of the nest. 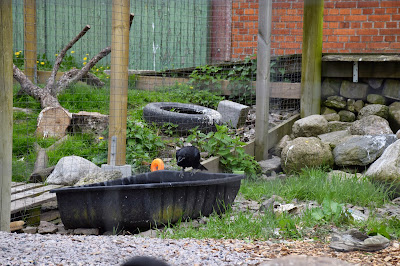 I witnessed the fledgeling take its first sip of water from the tub, but it only took one shot before None and her wary look was between her chick and the camera. 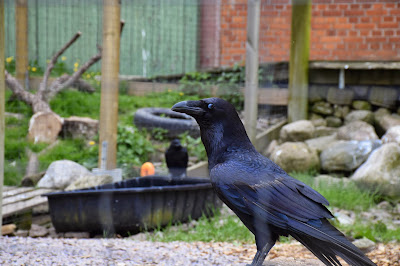 Siden and Juno's chicks are a few days older than the ones next door, but maybe the hight of their nest makes them less daring. At least I would like to be sure that I could trust my wings before I dared the jump.

However, at the feeding this morning one of Siden and Juno's chicks had also fledged and was walking around on the ground - curiously exploring the new surroundings.