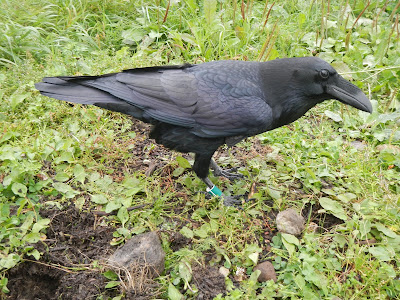 You could tell by the wary look from Rickard, that it was long since I brought the camera to the aviary. 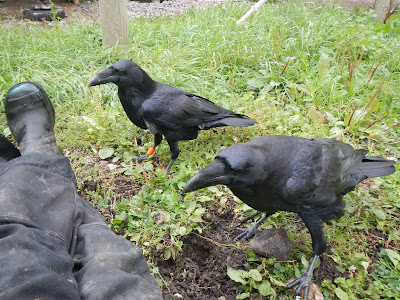 Siden was the first to get used to the camera, but Juno was still not convinced. 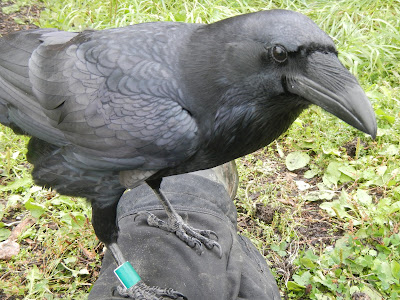 It didn't take Rickard too long either - my pockets and rubber boots were far too interesting. 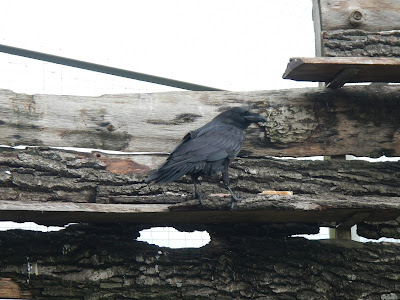 Little Tosta, the boldest of the three young, immediatey flew off to a safe distance when I tried to take a picture of her going through my pockets...and again, notice the wary look. 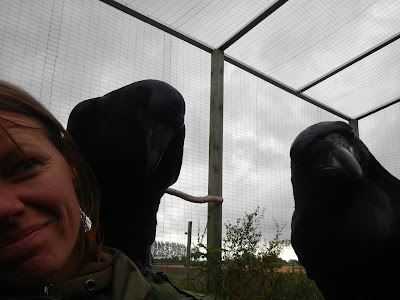 Somehow it seemed a lot safer when I was on the same side as the ravens  - opposite of the camera. 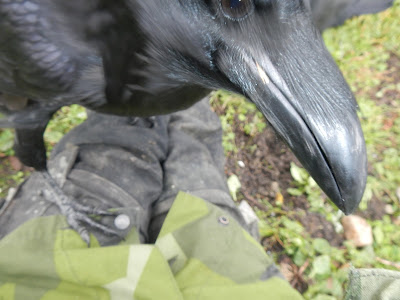 ...and after yet a few minutes, the camera was just one of those interesting objects that could be either eaten...or destroyed:) 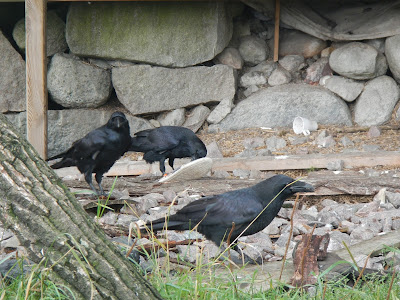